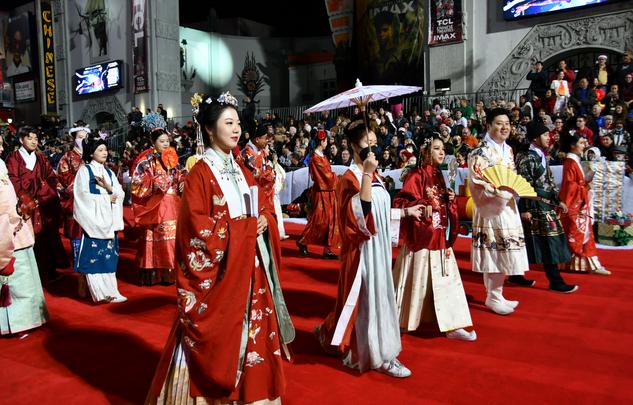 An iconic holiday tradition in SoCal and beyond, the annual Hollywood Christmas Parade, held along the world-renowned Hollywood Blvd, brings joy, celebration, and diverse cultural experience to millions of spectators and TV viewers.

Per invitation by the organizer, Sino US Performing Arts Organization joins the Chinese community mega parade group and presents, for the first time ever at the HCP, an amazing Hanfu performance. Recruiting 25 Hanfu enthusiasts from the local community, SINOUS choreographs dance movements and traditional etiquettes into the presentation in hopes of showcasing not only the magnificent clothing but also cultural elements behind the apparel. Our performance along the parade route makes all audiences shout with awe.