Wang Leehom is a Chinese-American singer-songwriter, music producer, actor, and film director. Known as the “King of Chinese pop”, Wang, after graduating from Williams College, has repeatedly revolutionized the Chinese pop music scene with his evolving blend of pop, rock, jazz, hip-hop, R&B, classical, and traditional Chinese music ranging from aboriginal folk music to Beijing opera. The best-selling Mandarin-language musician of his generation, Wang came to prominence as a teen idol at the age of 19 and has since released 15 solo studio albums and contributed to dozens more. One of the most highly visible celebrities in Asia Pacific, Wang has his most recent world tour, Open Fire Music Man II, in 5 countries from 2011 to 2014, attracting more than two millions audiences in 60 concerts, including the one at the Beijing Bird's Nest in 2012, the first Chinese solo pop concert ever held at that venue. 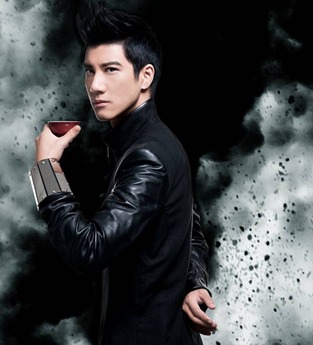 In addition to his music career, Wang has also starred in several movies, including Ang Lee’s Thriller Lust, Caution (2007), Little Big Soldier (2010), an action comedy co-starring Jackie Chan, and Love in Disguise (2010), a romantic comedy which he also wrote, directed, and scored, setting the record for the highest-grossing film for a first-time director in Chinese history. His most recent film is Michael Mann’s Cyber, in which he will star alongside Chris Hemsworth, Tang Wei and Viola Davis.

Wang is also recognized for his effort and financial contributions to charity. He is active with World Vision and has visited Laos and Sierra Leone in the last couple of years to raise awareness about the state of poverty in those countries. In 2003, he joined other celebrities in Taiwan to promote support and courage to those affected by SARS. His single One World One Dream, chosen as a participation song for Beijing Olympic Games, is to express world peace and togetherness.

A native of both the eastern world and the western one, Wang also strives to serve as a cultural ambassador, and bringing Chinese music and culture to English-speaking audiences is one of his life’s biggest missions. On April 21, 2013, Wang became the first Chinese singer invited to speak at Oxford Union at the University of Oxford.