“Cultures of China, Festival of Spring” Song Zuying US Concert Tour will be held in 4 cities including New York, Washington D.C., Los Angeles, and San Francisco, and bring the best Spring Festival wishes to local audience in the United States. This incredible music show will feature a 50-people chorus and a 75-people concert band. We believe Ms. Song’s spectacular concert will bring to our local audience an amazing journey of Chinese folk music and Chinese cultures, ushering in another “Song-mania.”

Song Zuying —- Known as “Queen of Chinese folk songs,” Ms. Song Zuying is the most renowned and talented singer in China. Ms. Song’s transcendent presentation of Chinese folk music has received recognition and applause from music professionals and audience all around the world. In the past ten years, Ms. Song has held many solo concerts at world’s best venues, such as Sydney Opera House, Vienna Musikverein, John F. Kennedy Center for the Performing Arts in Washington D.C., Beijing National Stadium, etc. As a reputed singer, Ms. Song has cooperated with many world-renowned artists, including Placido Domingo, Andrea Bocelli, Lang Lang, and Jackie Chan.

Tsewang Dorjie —- Tsewang Dorjie is a outstanding young famous tenor of Chinese folk music at the Zongzhen Song and Dance Ensemble. Of the Tibetan ethnic group, he was trained under the instruction of the distinguished vocalist Prof. Meng Ling. Tsewang has won many awards and prizes in China.

Sha Baoliang —- Sha Baoliang is a well-known Chinese singer and also a songwriter. Graduated from the Beijing Arts Academy, Sha made his debut on the Mandopop scene in 1993. He has won many awards and prizes in China.

Xu Gehui —- Xu Gehui is a famous TV host in China. For four years running, Xu Gehui has been selected by the World Brand Lab as one of “China’s Most Valuable TV Presenters”. In hosting large-scale live TV shows such as CCTV Spring Festival Gala, 60th National Day Gala, and Coverage of Hong Kong’s Return in 1997, she became known for her charismatic presence. As a lead presenter of Phoenix TV, she has been hosting the prestigious show “Star Face” for 12 years and interviewed hundreds of prominent individuals from different cultures and backgrounds. Her witty, fluent bilingual presentation and congenial approach has impressed both her interviewees and the audience. 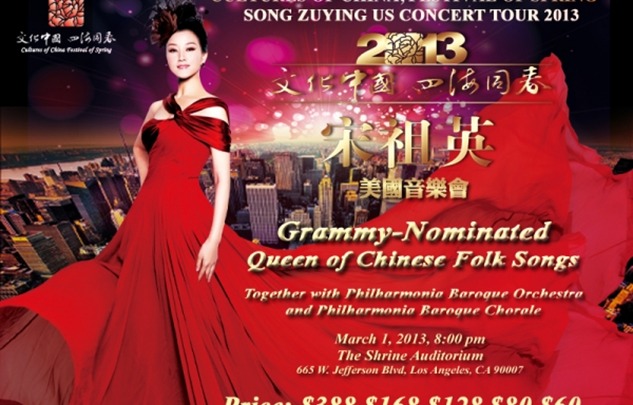